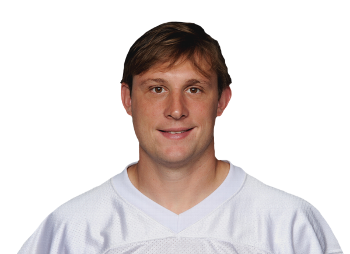 Does this look like a guy you would trust to run your franchise? The New York Jets thought so. The Jets spent the 18th pick in the 2000 NFL draft on the hotshot out of Marshall University and took over for future average qb of the week, Vinny Testaverde, in 2002. He took the Jets to a division title that same year and the next injured his non-throwing wrist. I quote Wikipedia when I say “his once outstanding play-fake became thoroughly ordinary.” Ordinary. That is just how the rest of his career went. He had many up and down years. After 7 years of either looking like a top ten quarterback, breaking his rotator cuff, and overwhelming himself with the bright flashes of the New York media that this goofy-looking country boy wasn’t used to back in his college days in Huntington, West Virginia, he was let go and signed with the Miami Dolphins. He came out with a bang in 2008 and was the first Dolphin’s quarterback since Dan Marino to throw for over 3,500 yards in a season. Funny enough, they both won the same amount of Super Bowls! Pennington actually got some MVP considerations in 2008, but people also remembered that this was Chad Pennington, and instead awarded him the Comeback Player of the Year award for a second time, effectively making him the face of the Comeback Player of the year award. In his next two years in the league, that pesky shoulder cursed him again and he found himself in a back-up position to none other than Chad Henne (Another future AQBOW).

Trying to make a comeback in 2011, Pennington tore his ACL in a pickup basketball game. After realizing half his body is metal after many surgeries, Pennington called it a career. Sure, Pennington won’t be remembered as a hall of famer, but he may be the best Jets quarterback since Broadway Joe, which is really saying something. Yes, he was average, but he’s the face of the Comeback Player of the Year award. You can’t say he didn’t leave his mark on the NFL. Thank you, Chad.

(All of this information is gathered either of my oddly broad knowledge of average quarterbacks or Wikipedia.com)