Talk about a forgettable game, the 27-24 scoreline was criminally misleading to what watchers actually experienced. Perhaps the most interesting storyline of the game was the quarterback play. How about Smokin Jay Cutler completing his first SIXTEEN passing attempts. I don’t care who you are, hearing that should be shocking. Going into the half both quarterbacks were over 80%, 150 yards and a touchdown. The QB battle nobody wanted or asked for, but I’d be lying if I said I’m not all in on the Carr/Cutler mediocrity rivalry. Just a total tossup when these gunslingers grab the pigskin. If you’re not a fan of the not-so-stellar quarterbacks then this game may not have been for you, but you know what definitely didn’t help sitting through this game? 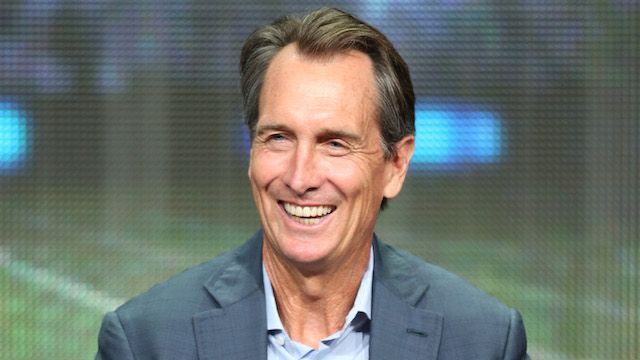 Chris Collinsworth, a.k.a NBC’S biggest mistake since that fucking peacock logo. Words can’t describe my hatred for this man. He’s useless in the booth, zero charisma, and seemingly little to no football knowledge for a guy that played in the league. Fire Goodell, impeach Trump, give Twitter eggs another 140 characters to ruin your timeline, do whatever you want America. I don’t care, the only thing I care about is not having to ever hear “this guy right here” ever commentate another NFL game again. Monday Night Football reaction coming tomorrow, stay tuned.

P.S- Get some hairplugs Chris. Urlacher did it, Brady did it, Welker did it. Grab some hair follicles from your smug little ass and plant them in between the Everest and Kilimanjaro of widows peaks.