For years since the quarterback position was a vital part of an offence and well into the future of football, the age old question experts don’t understand is how can you tell if a quarterback can be great. Welp, at the risk of having to leave the blog because NFL teams will be calling me for a GM job after reading this, I think I found the answer. It’s two words: Dad bod. If you look back in history, a lot of really great quarterbacks have had even greater dad bods. This has been and is still true to this day. When looking at a quarterback, everyone looks at the arm, footwork, smarts, work ethic etc. But first you want to look at the body. If he’s rocking a dad bod, you’re good to go. Just take a look at Peyton Manning. 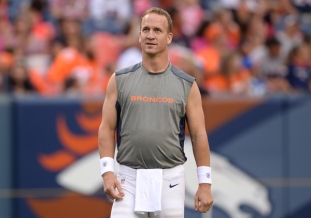 You knew he was destined for greatness when you saw him rockin’ that bod. He’s in shape, yet has a solid dad gut. You know when he looks like a guy who owns his own construction company and plays in a pickup basketball beer league every Thursday night, you have a good quarterback. Peyton Manning is the perfect looking dad, and he was one hell of a quarterback. It also works for Big Ben Roethlisberger too. 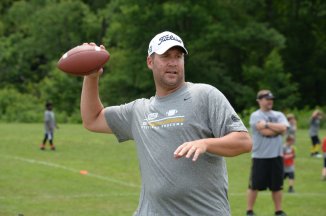 Big Ben doesn’t have the generic dad bod, but he rocks the look of a guy who he and his high school teammates started their own landscaping company, and every time they hang out in “The Man Cave” (Which he has on a sign in his basement) they all talk about their glory days and how nasty they were before the IPAs caught up to their guts, and how soft their kids are compared to what they used to be. Give that guy a big arm and you have yourself an NFL quarterback

Sure, I know you’re thinking “what about TB12?” Well there are always exceptions to the rules. But he does have a little “Laid back dad who doesn’t care about anything except for his wife, dog and kids” thing going on. 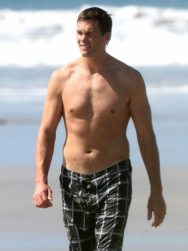 But there are always exceptions to the dad bod rule, that not all dad bod gunslingers make good quarterbacks. Take a look at Ryan Leaf. 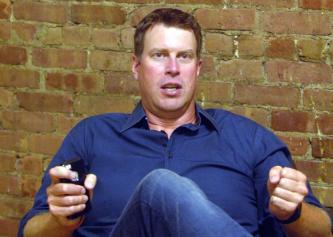 He has the look of that dad who regularly gets tossed out of Little League games and threatens to meet the 16 year old umpires in the parking lot after the game. But that’s the mystery of a good quarterback. Just when you think you have found the tell-tale sign of how to find the best signal caller, there are always exceptions to the rule. Perhaps it will always be a mystery, but now we’re a step closer to finding out who the true QBs are  and the fakes.