“Golden State is coming to town, we might beat ’em by 40 for Christ sake”.

It’s almost hard being right all the time, I’m sure it’s demoralizing for Dougy and Sups to have me constantly churn out the hottest of takes while they just watch them all come true. I claimed the other day that the Celtics may in fact win eighty games in a row. Sure it may be a little farfetched but it’s not out of the picture. Everyone thought Golden State was coming to the TD Garden to crash our party, give us a reality check, whatever. But little miss Steve Kerr forgot one thing, this team can flat out play. 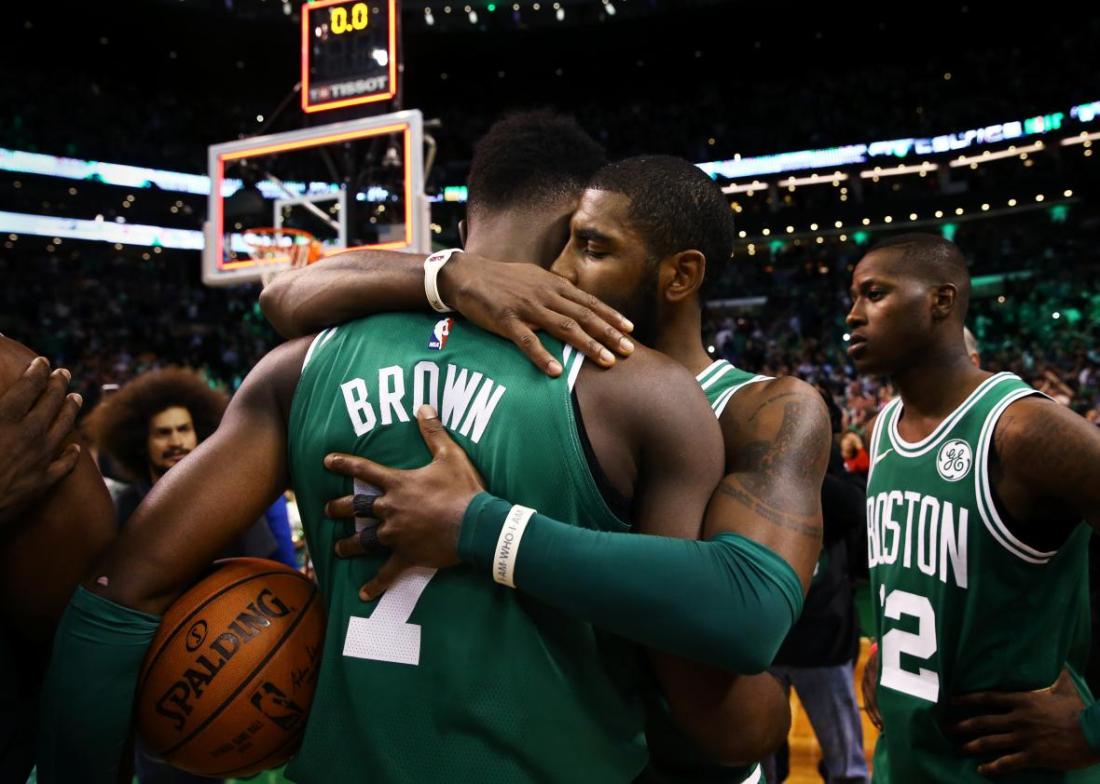 That picture from last night makes my heart whimper tears of the most wholesome joy. Can someone just give Jaylen Brown the awards already? Like honestly he deserves all of them. Toss him the MVP, maybe Most Improved,even give the kid a Heisman just because. Last night he just had a look in his eyes, and his play is the perfect embodiment of this team. A group with a lot of doubt from the media to just about every player on the team. People questioned whether Kyrie could lead a team, he can. Would Jaylen and Jayson be the best freshman/sophomore NBA combo of all time? Of course. Could an aging Al Horford perform for this team? Not even a question. Stop doubting this team because they’re too talented for your BS.

Also BTW how about Golden State’s big four laying absolute eggs in the fourth quarter. Just a stinky performance all around. P-U. Kevin Durant had 24 on 50% shooting and was their starting lineups lone bright spot. Here’s a taste of the choke from last night’s Warriors:

I mean that choke is doing a dime in maximum security. That is a felony sized choke. All of the Celtics starters came out in double digits, but for me the most promising little part of the game was the late game poise they showed. Kyrie was automatic from the line, and  Jayson Tatum had a pair of free throws with six seconds left to seal the deal. If this team can develop that killer instinct in the last two minutes it will be scary to see how far they can go. So let’s fire up the Duckboats and get ready for a 16-0 sweep of the NBA playoffs. Jaylen Brown is gearing up to average 55, 18, and 22 in the playoffs and I’m not even joking thats my moderate prediction. Don’t sleep on the Leprechaun.

P.S: Jaylen did all of that the day he lost one of his best childhood friends. Every story I hear makes me love our beautiful and most flat-topped savior even more.