Let me just preface this blog with the fact that I actually like the picks Dealer Billy made to an extent. I had no idea who this Wynn character is and still really don’t but anything else with a pulse is a better option than Cam Fleming at tackle heading into 2019. Ten or so picks later though is where things got interesting for New England. I like Sony Michel a lot and think he’s an excellent scheme fit, but to me running back just wasn’t a first round caliber need for a great team with a few glaring holes. TPA’s most Scottish writer Doug and I were texting back and forth throughout the draft process, so I’ll take this time to open up the back door and give you a look into our war room. 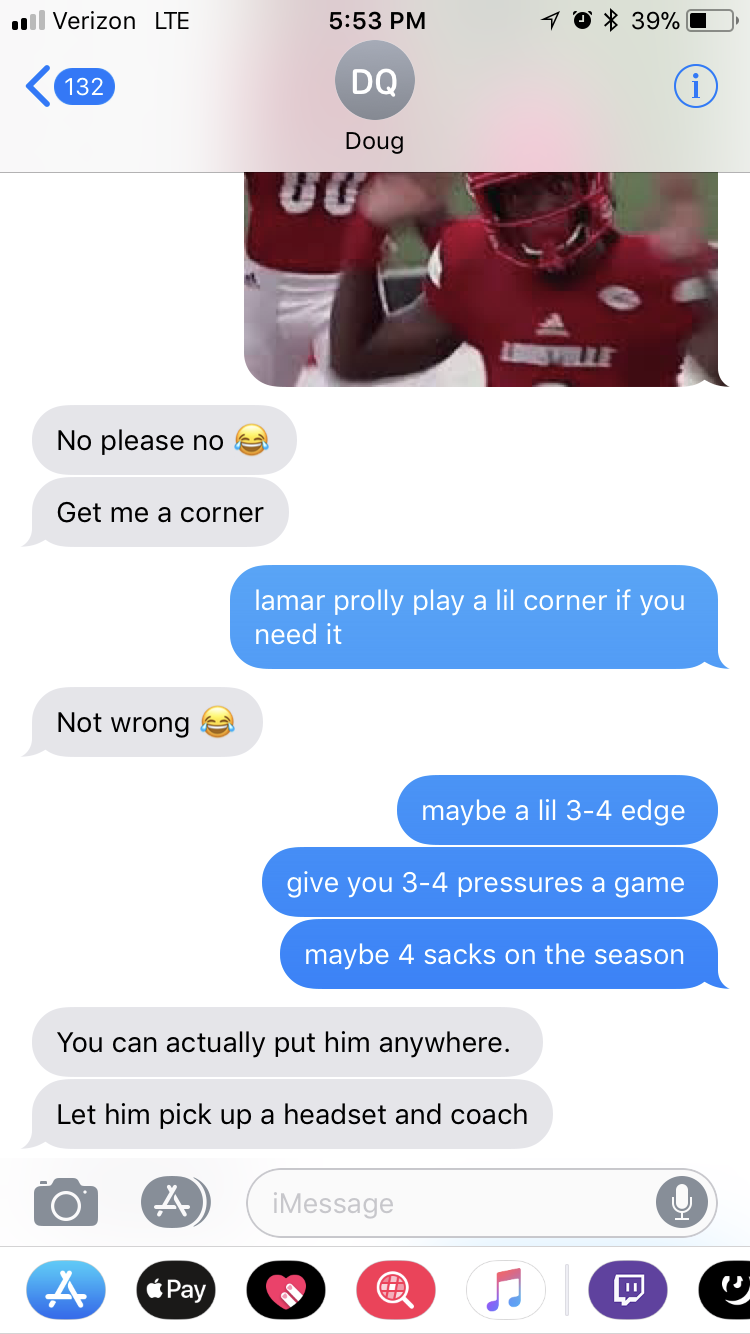 As you can see I was a bit higher on Lamar then some other fans, those who shall not be named. I don’t want to say Doug was wrong, but he for sure wasn’t right. Lamar Jackson is a stud and will be riding this chip on his shoulder all the way to Canton in 2034. The problem with trying to replace a Hall of Fame quarterback with a clone of him is that you can’t do it. Haven’t any of these media dummies ever seen Moneyball? If Billy Bean was smart enough to try to replicate Damon and Giambi’s production in outside the box ways then you bet your ass BillyB can too. Lamar would’ve thrown the whole league off, and I dont mean a mobile quarterback either because we already have one. Tommy Touchdowns runs like a goddamn cheetah and hits like a wrecking ball, and here is my favorite YouTube video of all time to prove that. Credit to YouTube user “acwellen” for this masterpiece, but I digress. Lamar was like a brother to me, and I wish him all the luck on that rotting bird carcass known as the Baltimore Ravens.

Credit to Maxim for the image.