This is truly one of the most ridiculous headlines anyone has ever or will ever have to write. I mean if this popped up on my timeline I’d have to double check it wasn’t an Onion article. European sports and soccer (football) in general have been known for the occasional violence but this is just disgusting. For a little backstory and context, Greek soccer team AEK Athens was playing the Dutch powerhouse Ajax in a Champions league game earlier tonight. If you’re not familiar with the sport these two teams would normally never play, but since both are top four teams from their respected countries’ top divisions they qualify for the Champions league, a continental cup. Before the game even got the chance to kickoff, the Greeks decided to spark things up by throwing flares into the stands, followed by igniting a makeshift Molotov cocktail “petrol bomb” as it’s being reported. 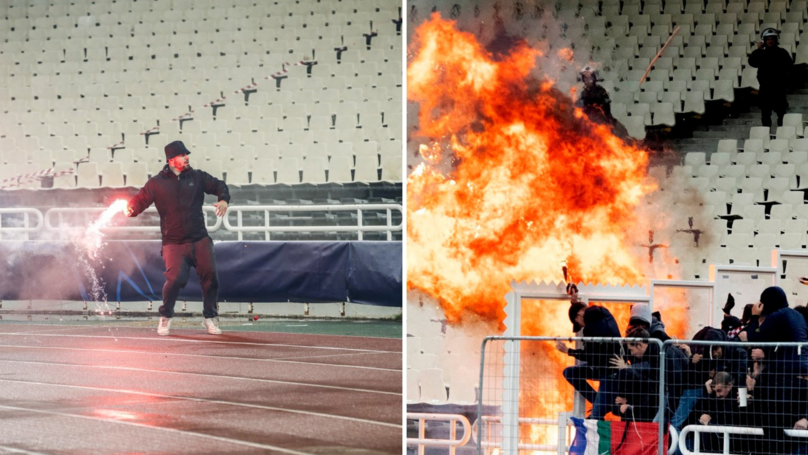 Images being released not only show the away fan section engulfed in flames, but also more graphic pictures of police officers beating blood-covered fans surfaced as well. I’m to going to pull the karma card here, but the violence may have stacked the odds against them as the favored Ajax team wiped the floor with a convincing 2-0 victory in Athens. 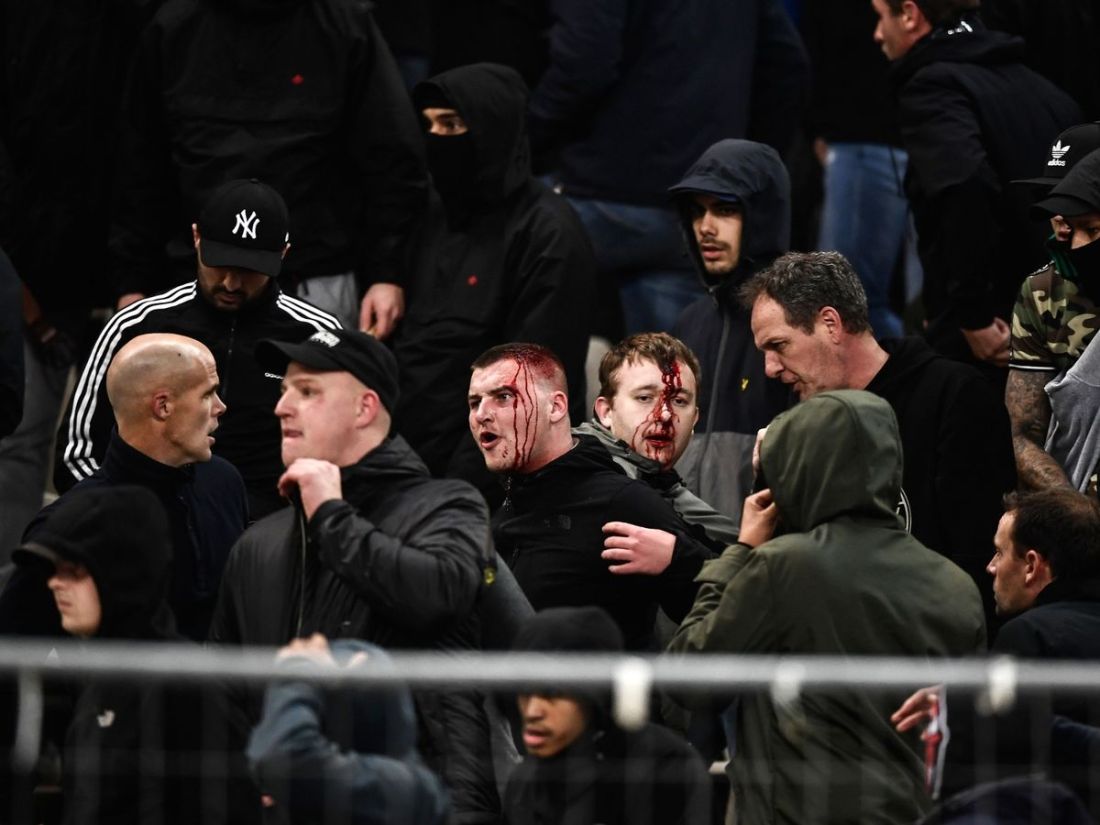 I’m going to end this by first saying, what the fuck? Can’t we all just enjoy the beautiful game on a brisk November night without the chance of being killed by a firebomb? Can you imagine Bears fans just hurling fiery cans of gasoline into the motley crew of cheeseheads just trying to watch Aaron Rodgers in peace? This is just puzzling, and all jokes aside a disgusting display from the home fans. Apparently the team could be facing all sorts of punishment from the higher ups and for the love of god, can we just check fans for makeshift bombs on the way into the stadium from now on?